A medallion dipped in the betrayal of a lost father…

Elena McIan would rather die than get married to a man she doesn’t know. Fleeing to avoid her own doom, she lands herself right in the clutches of a group of hardened bandits. And a very handsome member who seems not to quite fit in.

With a loveless marriage on the horizon of his future, Grant Flanagan, son of the Laird of MacDonald, takes matters into his own hands: he escapes. Fate seems to have other ideas, though, when his group’s most recent hunt earns him unexpected spoils: the love of his life.

Determined to stay together, Elena and Grant come up with a plan to return to their families and marry. A plan that is completely ruined when Elena goes mysteriously missing. Desperate to reclaim her, Grant’s sole clue is a medallion depicting a deadly emblem he knows all too well.

*Highlander's Wanton Vixen is a steamy Scottish historical romance novel of 80,000 words (around 400 pages). No cheating, no cliffhangers, lots of steam and a happy ending. 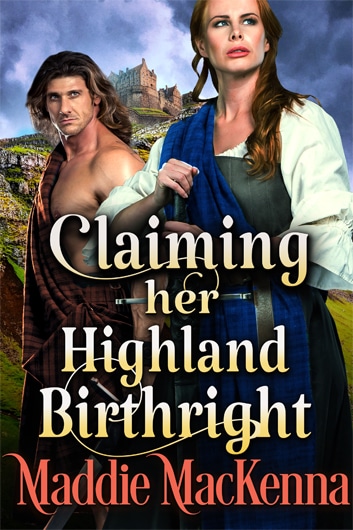